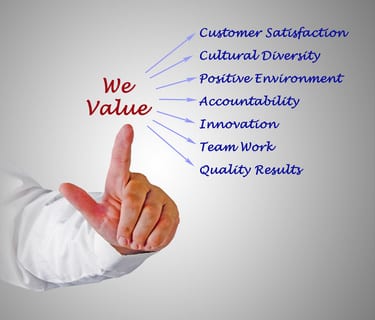 Management Guru Peter Drucker coined the phrase “Culture eats strategy for breakfast”.  It highlights the importance of culture on organisational performance. So what does an organization do when it has a culture that enables growth, innovation and enhances Organizational performance?  Naturally, it seeks to perpetuate this by identifying factors that led to the positive outcomes.  Additionally, the organization would seek to recruit individuals with characteristics that align with those factors, i.e. cultural fit.  However, in recruiting for cultural fit do we risk ‘recruiting in our own image’ and  jeopardize diversity?

How do you recruit for cultural fit?

To recruit on the basis of cultural fit you must identify those factors that make up your organisational culture.  Organisations fail to identify the culture of their organisation because they look at achievements as the indicator of culture.  Consistently good results “we must have a high performing culture” and so the ability to ‘drive results’ become the key factor to recruit for.  Yet that is not the whole story.

Culture is about values; it’s how we do things, not, what we do.

Even if a company knows it’s values, you can’t simply identify culture through those articulated values. Values are how you actually do things, not how you aspire to do them! 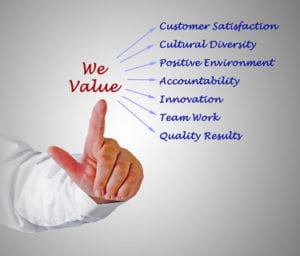 This means that to identify your organisational culture you need to observe, listen and assess.  Watch how your leaders and employees interact with each other, with customers and suppliers; listen to the stories; look at how power is used etc.  Ask customers and suppliers how you treat them – we all have blind spots. Using a systematic methodology for conducting such an audit is important, but the key is articulating and assessing the good AND bad approaches and behaviours in interactions.

I define diversity as:

I can respect differences in race, colour, gender, sexuality, religion etc and still value you.  It’s a little more difficult when it comes to viewpoints but for me respecting viewpoints that are different o my own is about tolerance, a sister to diversity.

Tolerance is respecting that everyone has a right to their opinion but I do not have to agree with it.  Many are trying to re-define the concept of ‘tolerance’ as having to accept and endorse other’s viewpoints and behaviours, rather than simply respecting a person’s right to them.  This will actually kill diversity.  Whether we like it or not if we all think alike we have group think, which stifles creativity and innovation.  If we take the re-defined approach then racist viewpoints would have to be endorsed too.  Nonsense some would say because that’s plainly wrong.  However, in a world where everything is “relative” – wrong is also now perceived as relative as we all set our own standard for what is morally wrong?

An example of tolerance is that whilst I do not share racist viewpoints, and I certainly won’t endorse them, I respect that everyone has a right to their viewpoint, as I do mine, even if I disagree with it.  That means I may not be friend’s with those who hold racist viewpoints but if we have to work together then we can if the organisational culture encompasses diversity.

So how do you recruit for cultural fit but still take account of diversity.

It starts with looking at the outcomes wanted and identifying those factors that will lead to them:

One critical factor underpins the “how we achieve” the above outcomes – Character.

Character goes hand in hand with diversity, for it transcends colour, gender, sexuality, religion etc.  As none of these things stop a person from being a person of good character.  I believe in Universal Absolute Principles – moral principles that we all agree on, e.g. giving others one’s trust unless they demonstrate (not through hearsay) that they are not trustworthy, dealing with others with integrity, holding self and others accountable, caring for/respecting others as we would ourselves, delivering on our promises etc. These Universal Principles are the foundations of good character.

We must develop character-based leaders and build organizational cultures based on good character. This will lead to culture’s of honour (a good old fashioned word).  In a culture of honour the issue of recruiting for cultural fit and missing the mark with respect to diversity becomes non-existent.  After all,  I can honour a person simply for being a human being, no-matter how flawed they are…since we all flawed in some way!

If developing character-based leaders and building cultures of honour is something that’s of interest to you get in touch with me at felicial@kitch-cc.com

Also, subscribe to our blog/monthly news letter and get our Free Diversity Toolkit.