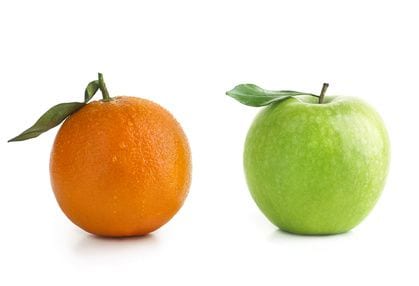 I was talking with a friend and she mentioned how common it is in our culture to ‘compare’; this is particularly the case in schools where our children are compared to one another and to some standard measurement for a child of their age.

It struck me that this paradigm, of  determining a ‘standard’ and comparing ourselves to it , is so unhelpful and can be counter productive.  One of my favourite wisdom teachings is:

We are uniquely and wonderfully made

If that’s the case then why do we spend so much time, and place so much emphasis on comparing and measuring ourselves against a set standard.  The reality is no two people are alike so we are comparing apples with oranges – not apples and apples.

Am I saying we shouldn’t strive to measure our progress – No – I am saying we need to take time to know each individual (child, student) understanding their motivations, their WHY, and their uniqueness and then determining an appropriate growth path for them based on this knowledge – it’s about building relationships.

This premise of understanding uniqueness applies equally to leaders?

We seek high performing teams and there is much time and money spent to attract the ‘best’, those who have met the standard.  However, this may not be the most effective way of recruiting; For example, Alternative Science reported that ICI conducted an internal audit in their paint laboratory and found “…the fewer scientific qualifications the staff possessed, the greater the number of patents they had contributed to. In the most striking case of all, the person who had contributed to most ICI’s patents had no scientific qualifications at all.”

Findings like these reinforce my long-held belief that “attitude rather than aptitude” makes the difference between a good candidate and a great employee.  If a person has a great attitude, including being internally motivated, and the ability to learn they can be trained to increase their aptitude.  However, if a person excels in aptitude but has at best a mediocre attitude then they are unlikely to be self-motivated or willing to learn and this is much harder to address.

As leaders we must look beyond the standard and move away from simple comparisons based on this – we need to ‘see’ what’s behind the qualifications and ask “who is this person – what is their why and what unique attributes would they bring to our team?”. This requires a different kind of interviewer, and a different kind of recruitment process, one where who you are is more important than what you have done.

Similarly, if we want to get the best out of our current team – we need to focus on who they are and what they bring, rather than focusing on their areas for development.  Why waste time and energy trying to make an apple an orange or vice versa…better to help them see who they are and undertake work that aligns with their strengths and so motivates them leading to greater productivity – far too often we have square pegs in round holes.  What does this mean in practice, that coaching will yield greater success than performance management alone.

As a leader developing your coaching ability will help you to truly connect with your team, know who they are and what they bring.

The key is to help people come to an understanding of their talents  and their WHY,  when these converge anything is possible!